Thank you for investigating my writing page. Treat this as a guide to stuff I have going on. Further updates will appear in due course so either subscribe or keep coming back.

Ever since 2008 when I became a co-founder of Southfields Theatre Group in SW London, writing has become an integral part of my life. What kicked it off was other members of the group asking me to write the first show. It was to be a pantomime so it led me to scribble off a version of Cinderella.
Three years later, I was again asked to direct a pantomime so rattled off what was to become The Frog Prince. Both shows were a great a great success and the group is still going strong today.

Since writing and directing those pantomimes, I have written quite a large amount of material but not completed a lot of it. I do have a small collection of monologues available under the title The Butler and Other Monologues.

Each of the highlighted titles are clickable links to the texts available on Amazon. You can preview parts, get them for free if you're a Kindle subscriber or buy them for an incredibly modest sum. I'm told they're all very amusing.

As a writer, I always carry a notebook. I have written about this on my Medium pages under the title How Writing Helps You. One of the problems I have had is that I am often coming up with new ideas for novelettes, books, plays etc. I also impulsively scribble down Limericks and Clerihews which are great fun. I am now (July, 2019) getting to the point where I will have enough to publish what I have written so far.

For now, here is an example of one of my Limericks:
There once was a Young Man named Jed,
Endowed of a very large head,
In lieu of a hat,
He wore his brown cat,
Which oft' used his head as a bed.

This is one of my Clerihews:
Donald John Trump
Some considered a chump.
In the 58th election
He caused much vexation. 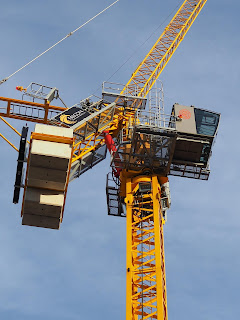 You can also find me at the following: